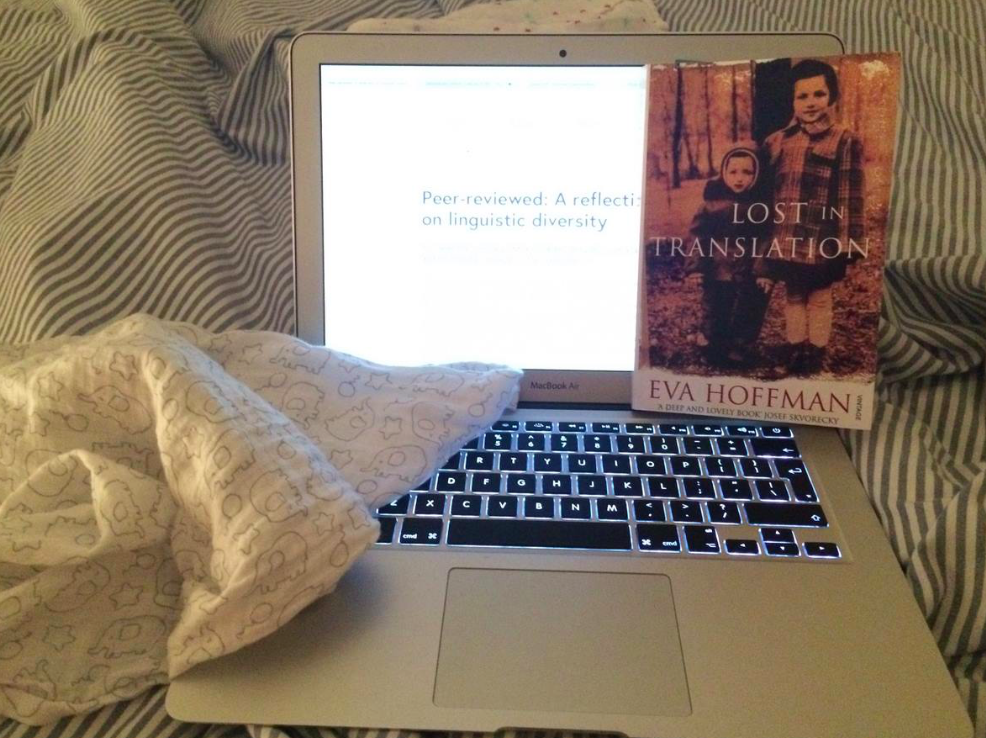 The MaternityTeacher PaternityTeacher Project, which inspires, empowers and connects teachers choosing to complete CPD whilst on parental leave, throws up immediate questions about teacher wellbeing. Both teaching and parenting any age of child – but especially newborns – can involve significant periods of stress and are associated with other mental health complications. So is it counter-intuitive to suggest that new parents complete professional learning at a time when the law has specifically safeguarded time for them not to work?

Since founding the project, it has become increasingly clear that ‘wellbeing’ means different things to different people. For me, it has very rarely meant sitting still with a cup of tea – I get fidgety and bored and frustrated thinking about all the things I could be achieving.

The later stages of pregnancy, my son’s first few days of life in an incubator, my first few days of motherhood on a hot and noisy ward, and the first few weeks of breastfeeding were therefore, hugely disempowering for me in many ways. I felt useless, broken, as if I were slowly deflating on the sofa. The fast-paced, short-burst routine I had been used to since beginning my teaching career eight years’ previously had disappeared into wandering purposely around the hospital and around the house. What, exactly, was it that I was supposed to be doing? Why, exactly, did my life at that point have much value or meaning other than as a slightly dystopian milk factory, akin to something that might appear in an Aldous Huxley novel?

The opportunity to enrol in and complete FutureLearn courses during this time, listen to BBC Books and Authors, and take part in one-handed Twitter chats on my phone, quite frankly, saved my sanity. At later stages in my maternity leave, attending WomenEd and Teach First conferences with my son gave me a huge rush of purpose, role modelling for other parents like me who needed inspiration to break down the barriers that had begun to limit their career ambitions when they became parents.

I could feel entirely out of control with this interloper identity the midwives had insisted on referring to as ‘Mummy’, rather than my real name, but at least I could still hold on to Emma, Ms Sheppard, by nurturing that sense of self so tied up in teaching and learning. For an ambitious perfectionist like me who has worked hard to gain a clear sense of self-awareness to manage sometimes penduluming emotions even before pregnancy, this was ‘wellbeing’ indeed.

However, the process of defining one’s own sense of wellbeing is not always an isolated journey. Both teaching and parenting seem to be the two professions upon which everyone feels they are able to pass judgement. I cannot count the number of times that I have been told by (mostly) well-meaning colleagues, friends and family members what I ‘should’ and ‘shouldn’t’ have been doing whilst on maternity leave. I ‘should’ be spending precious moments with my new baby; I ‘shouldn’t’ be pushing myself so hard; I ‘should’ take him swimming/ to soft play/ to Monkey Music/ to [insert baby activity here].

This social pressure can be very difficult to ignore, and the guilt that it compounds in parents does very little for their sense of positive wellbeing. Even before I gave birth, I began to feel like the anonymous narrator of The Yellow Wallpaper, and in response, developed a ravenous need to prove that I could satisfy my own professional and intellectual needs whilst being an excellent mother to my child. Wellbeing, for me, meant lunch time concerts at St. James’ in Piccadilly; developing KS4 resources in partnership with Strawberry Hill House; hiking through Pride and Prejudice country, and blogging about it all on the way home.

Exposing and celebrating these CPD activities, so compatible with a small baby, through the various social media platforms of The MTPT Project is a way of challenging the social expectations that can indirectly remove choice from so many parents, and damage their sense of wellbeing. Time and time again, I have been thrilled to hear of other teachers citing the project as the motivation behind them feeling less ‘strange’ or guilty about their decisions to continue to nurture their teaching identity whilst on leave, ensuring that they are happier parents away from the classroom, and more effective teachers when they return.